Coding and learning on Sesame Street with Elmo and Cookie.

Getting to Sesame Street has never been easier for this generation of kids. And we’re so proud to have helped make it happen that we’re still talking about it almost 8 years later.

One of our very first projects as a team started when Microsoft introduced us to Sesame Workshop. Our newly formed dev team worked side-by-side with the Director of Apps and Consoles in the Digital Media Group to bring their timeless characters to Windows users through two multi-media apps – Elmo Loves ABCs and Cookie Calls.

Elmo Loves ABCs is a highly interactive game built for a touch-first experience for young learners (or old ones, like us). Cookie Calls lets kids send and receive messages from Cookie Monster (with parental controls of course).

Both apps have evolved since we were there, but we’re still singing the songs, learning from the code, and we will always be proud of our time on the street.

Tech Stack
Capabilities
Team
Our developers with the digital media group at Sesame Workshop to create the Windows apps for Cookie and Elmo. 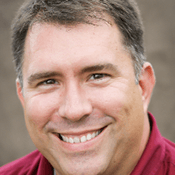 Building first-generation streaming tech for shows about chefs and sharks.